A  year ago, I was anxiously waiting for my Ukrainian friend Anatolii, from my summer in Norway, to come visit the States. He was going to come and see Luther and I was going to show him around Decorah. He was going to meet my family and experience a real American Thanksgiving...including Black Friday. I was so excited...and I had almost TOO many ideas of things I had to share with him. I loved having the chance to share my world with him and can't wait to do it with other friends in the future. I don't think that at that time we even imagined the possibility of me being able to ever see his country let alone his home and family.

In May, when I received news of where I would be placed for my year in Ukraine, I messaged Anatolli with a few of my other friends to announce where I would be living and teaching. You can imagine both of our surprise when we realized that I would be teaching at the university in the capital of his home oblast (Ukrainian version of a state) and that I would be living just 2 hours away from where he grew up and where his mom and family still lived. So, I began plotting a visit or two for him to show ME his world. And last weekend those plans came to fruition!

To start with, if I haven't gushed about them enough, the friends I have made here are pretty amazing. For my Saturday plans, I had to get on a bus and get myself to Oleksandriia, two hours away. While this seems like it would be an easy task, I will just tell you that it's harder than it looks when you are still learning the language and cultural norms in certain situations. So I am lucky to have friends who bought my ticket, helping me to locate the bus stop, and even helped me 'practice' my adventure. Writing this down now, it seems to silly to me that I needed help with these things. They seem so simple. But my three weeks in Ukraine has continuously put me in my place, reminding me that I am not always as smart as I think I am. It has also taught me to celebrate my small victories. So, while some of the next few paragraphs might seem simple or silly to write about...know that almost all of it caused me anxiety and stress and when I overcome these small things, I celebrate them.

On Saturday morning, I woke up very early. 6:30 to be exact. Running through my brain was all of the small things that could go wrong that would cause me to miss my bus to Oleksandriia. But, I pushed those thoughts away as much as I could and headed for the bus stop.

My first success of the day came in the form of getting myself on the trolleybus to the station, paying for my ticket and not angering any of the muttering (and slightly terrifying) babushkas (grandmas) on the bus. When I arrived at the bus station, I was 30 minutes early...what can I say? I am extra punctual when I am nervous.

When I arrived at the place the bus was going to pick me up. There were two buses, both marked with Kropyvyntski to Oleskandriia. Uhh, I thought, I did not prepare for this. Why were there so many options?!?! So, I approached one of them and with garbled Russian asked if my ticket was for that bus. Hyet the stern ticket lady said. And then she said something else that I was confused about but I did catch that my ticket was for the 9:00 bus. So, I sat back down on a bench. Slightly defeated and very confused. How was I ever going to make this work. Luckily, sitting at the station for 30 minutes allowed me to pick up on some patterns. Like, how most of the buses arrived 10 minutes before the departure and that most of them were also marked with their departure times as well as their destination. So, when my bus arrived at 8:50, I was pretty sure I was going to be getting on the right one. Another success for the book of small victories!

The bus ride to Oleksandriia was nice. We drove through smaller villages and I got a good view of some of the countryside. I have said this before and I am sure I will say it again but Ukraine reminds me so much of the Midwest. My students had warned me that the road from Kropyvyntski to Oleksandriia was a little rough but I honestly didn't notice it on my trip to Oleksandriia.

When I arrived in Oleksandria and stepped off the bus, I felt as if I had arrived in a whole other world, not because it was drastically different than Kropyvyntski but just because it was all unfamiliar. Luckily, Anatolli was meeting me because I would have been lost by myself.  We loaded into his brother's car, had some coffee, and then drove a little out of the city to his mom's house.

Another way that Ukrainians are like Midwesterners is that they are extremely welcoming and hospitable to guests. When I stepped into the Kyryliuk's home I was immediately greeted by his mother, Nina with a large smile. I had brought her a box of chocolates as a gift and we communicated through my tiny bit of Russian and mostly big smiles.

We spent the day bumming around Anatolii's neighborhood. His brother and sister live very close to where his mom lives so after a very delicious Ukrainian lunch prepared by Nina, we went and met his sister and her family and his brother and his family (and I got to see bee keeping in action...see above picture).

It was actually a really amazing day. Anatolii's family doesn't speak English, so for the first extended period of time since I reached Ukraine, I was forced to listen, try to comprehend, and respond in Russian. I was blown away by how much I actually could understand...but also realized I need to keep practicing my speaking skills. It was a fun challenge.

The visit ended in the late afternoon with me feeling extremely full from all of the food I was given. As we were preparing to leave, Nina brought me some of her apple cake to take home with me. Then she brought me pears and grapes from their garden, then she brought me a can of homemade stewed tomatoes. She reminded me of my mom... and it was nice to have a mom take care of me for a bit.

We said our do svidanyas (goodbyes), Anatolli took me back to the bus stop, and I headed home. While the visiting was over, I couldn't let my guard down yet...I still had to get myself back to my apartment. When I got back to Kropyvyntski, I got on to a marshrutka (a mini bus) and got myself home. Stepping into my apartment after such an amazing but extremely taxing day was such a relief. It was only 7pm, but I felt like it was midnight.

It was the first time I have felt how extremely exhausting actually living in a foreign country can be. You are in this constant hyperaware state that if your plans don't go right, you could end up in a difficult situation without the communicative skills to help yourself. And traveling, leaving the comfort of Kropyvyntski to try new things heightens that awareness. And then when you add a day full of listening and speaking a foreign language, you feel pretty dead tired at the end of the day.

In reflecting on this whole experience this past week, I realized that four weeks ago, I felt that overwhelmed at the end of a few hours grocery shopping a few blocks from my house. But now, that is the easiest part of my day. And the more I travel around Ukraine, the easier and less exhausting the process will get.

PLUS, Nina has invited me to come back to their cozy home...away from the business of the city. And I can't wait to take her up on the offer. The other day she messaged me on Facebook telling me that I can come back to Oleksandriia and spend a weekend relaxing, eating, and strolling around the neighborhood and I plan on going back in November. Her kindness, her delicious food, and of course the real life Russian practice is hard to turn down.

To end, I want to thank Anatolii, Nina, and Anatolii's brother and sister for the laughs, their patience, and their kindess. If any of you are reading this, from the bottom of my heart, thank you for making Ukraine and Oleksandriia feel like home. 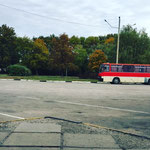 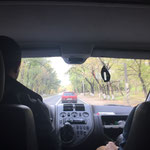 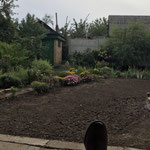 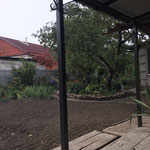 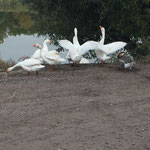 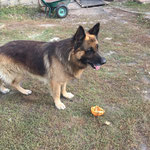